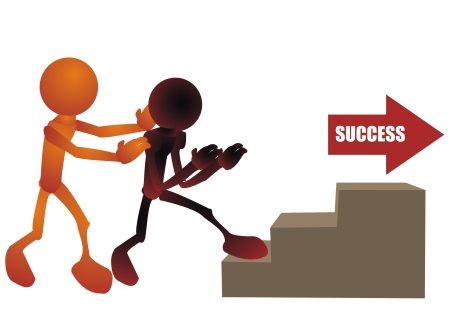 The Difference Between Mediocrity and Millions

Creating a Category of One
When you unleash your Core Concept and generate that desire for your product or service… You’ve just created new demand for something that wasn’t in demand the day before.

So, by default, you are all alone in your marketplace. You’re the only one offering this product or service.

Not only will you be alone in offering your marketplace a solution they desire, you’ll also have leverage on one of the most powerful marketing tactics ever employed.

It’s called “The Law of Category,” Law #2 from the book: The 22 Immutable Laws of Marketing by Al Ries and Jack Trout.

Their advice is, “if you can’t be the first in a category, set up a new category you can be first in.”

You – The Market Leader

When you construct your Core Concept correctly, you not only ignite a flood of orders… You also establish yourself as the leader of a new category that attracts even more new prospects and customers to you while (at the same time) justifying premium pricing. (The leader of a category can always charge a premium.)

That means your Core Concept enables you to sell more products… To more customers… For more money.

Personally, I’ve never seen a single concept as powerful as this… Even in programs that cost me ten thousand dollars.

Now, once you’ve leveraged your Core Concept to create a new category, do you know what else happens?

You Make Your Competition Irrelevant

Because you’re alone in your category… And you’re the only one who can satiate the desire your Core Concept created… You’ve just made whatever competition you had irrelevant.

That’s right. In one big sweeping stroke you’ve just brushed every one of your competitors off the table.

That’s what I did with both the Business Growth System and the Guided Profits System.

That’s what Frank Kern did with Mass Control. If you bought into the concept that persuading the masses through Frank’s techniques is the fastest way to wealth… Where else are you going to get your hands on those techniques, right?

Do you see it? Do you see why the difference between mediocrity and millions is the subtle shift of leveraging your Core Concept?

Resources To Grow Your Online Business